Lashing the evil with the magic batton 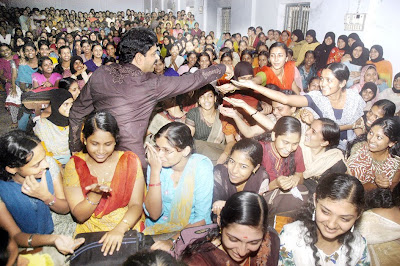 Thiruvananthapuram: ‘Divineness’ behind the pet demonstrations of certain God men were trembled down, when Gopinath Muthukad’s Yukti Jaalam logically proved that such ‘miracles’ are nothing more than pure magic tricks. If you have the will to practice magic, you can do these ‘God men’ specials with much ease. “I do these tricks to entertain you, whereas so called God men do it for fulfilling their selfish motives”, a confident magician explained to the keen young bloods. 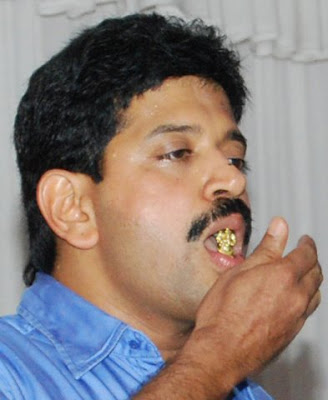 When Mr. Muthukad pulled out statuettes from his mouth, unmasked was one of the popular supernatural demonstrations of certain human Gods. More of such pet performances by the social thieves, were exposed as clear legerdemain. This include producing secretions from photos and idols, catching holy ash from air and making predictions on one’s life. Yukti Jaalam proved each and every miracles performed by so called God men as magic that could be learned by anyone who has a will to practice.

Timely response
The magician’s lecture-cum-demonstraion was organised by the Kerala State Youth Welfare Board to reveal the spiritual frauds and to mould the youth with an ability to identify such social cheaters.
Recent revelations on the mushrooming human Gods, have brought a shame for the highly literate and civil State, Kerala. The taint only furthered when it was identified that many of these spiritualists are criminals and social offenders who use spiritualism as a mask.
Beginning from Kollam on 6th June, the Yukti Jaalam programmes were held in every district before it marked a euphoric finish at Kasaragod.
Posted by Magic Academy, India at 7:29 pm

shows exposing the God men should be conducted in every village and remote places were there is more illiterate live.
thomaskandanat@gmail.com

Fans on the page

Magic Academy, India
Thiruvananthapuram, Kerala, India
Hub of Indian magic where dreams and desires of native magicians confluence. This is the palce from where milestone movements in magic begin and get transormed into epoch-making events. Energetic leadership of graced illusionist Gopinath Muthukad opens doors of innovation for this charitable institution every day. MAGIC WITH A MISSION is the unique motto coined by the Academy.

HAVE A MAGICAL DAY!